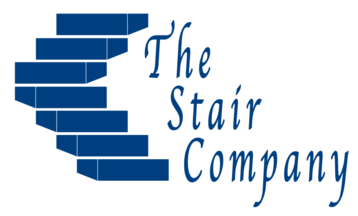 ​Exquisite Stairs & Rails
​        Limited Only By Your Imagination!

Thank you for your interest in The Stair Company. We are a family owned and operated business. Charles Mamane, owner and manager of The Stair Company, started in this industry before graduating from high school.  He started at Circle Stair Co. in the East New York section of Brooklyn - A.K.A. Bedford Stuyvesant - where many stair companies were located.  For the next two years, he worked there part-time while attending Brooklyn College.  Charles decided to cut his 4-year plan to 2, and graduated with an Associates Degree, opting to pursue a career in the construction industry.

Charles' 40 years of experience in the stair industry is what sets him and his company apart from others in the Florida market.  He worked with his partner and mentor, Rudy Prevette, for almost 15 years until Rudy retired.  During that time, Charles learned every aspect of stair and rail construction.  Although he was now selling, designing and doing the layouts for his company, he was still involved then - as he is now - with the fabrication and installation of the product.

There was a period of about 10 years when Charles sold his business to a competitor and worked for them in a supervisory capacity in sales and development, in order to make the transition a smooth one for this clients.  Then he moved to Florida and worked for Symmetrical Stairs from September of 2001 to February of 2008.  Charles helped Symmetrical Stairs procure many of the custom stair and rail work they took on because of his vast knowledge in that area.  When he started there, they were predominantly a production-style company working for the large corporate-owned building companies such as Lennar, Centex, D.R. Horton and more.  Charles was able to implement techniques and processes in to the business that enabled them to expand into the custom stair sector of the business.

His close personal attention to detail and knowledge of the products not only impressed homeowners, but architects, designers and builders, as well.  Unfortunately, with the downturn in the market, Symmetrical Stair could not sustain the large facility or work force they had.  Charles decided it was the perfect opportunity for him to start on his own again.

He established The Stair Company LLC in 2008, and in this short time he has completed projects for many homeowners as well as large projects for companies such as Cayman Manufacturing, Coastal Homes, GTE Builders, A&S Custom Homes, Kolter Homes, Kast Construction, Summit Builders and Ellemar Enterprises...and more!  Charles is back doing what he has always enjoyed about the business:  dealing with the party that is directly responsible for the project, not a purchasing agent whose sole purpose is to get the most for the least.   He appreciates the interaction between the builder/contractor, architect and designer, and he enjoys being involved with the project from the quoting process to design, then fabrication and installation.

"I like having the control of every facet of the process.  I didn't have that luxury working for a large company where you had to delegate the work to the designer, CAD operators and project managers.  And the personnel in the shop didn't have the capabilities or supervision needed for the custom aspect of the industry."


Charles is looking forward to working on projects that offer a challenge as well as those where his knowledge and expertise in the field can help homeowners make an educated decision knowing that price - although important - should not be the deciding factor in selecting a company for their project.  The assurance of someone like Charles handling their project gives them peace of mind.  You want to be able to tell him what you want and he will deliver.  As our slogan reads...."Exquisite Stairs and Rails limited only by your imagination." 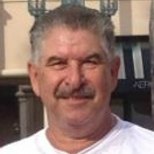